Makar Sankranti - What & Why

I came across this on a site and felt like saving it...what better place than blog. Some useful information on Makar Sankranti..

Enjoy..
Happy Makar Sankranti to all of you!
May the year ahead be full of happy sunshine and positive transitions!

Makar Sankranti is a major harvest festival celebrated in various parts of India. According to the lunar calendar, when the sun moves from the Tropic of Cancer to the Tropic of Capricorn or from Dakshinayana to Uttarayana, in the month of Poush in mid-January, it commemorates the beginning of the harvest season and cessation of the northeast monsoon in South India. The movement of the earth from one zodiac sign into another is called Sankranti and as the Sun moves into the Capricorn zodiac known as Makar in Hindi, this occasion is named as Makar Sankranti in the Indian context. It is one of the few Hindu Indian festivals which are celebrated on a fixed date i.e. 14th January every year.

Makar Sankranti, apart from a harvest festival is also regarded as the beginning of an auspicious phase in Indian culture. It is said as the 'holy phase of transition'. It marks the end of an inauspicious phase which according to the Hindu calendar begins around mid-December. It is believed that any auspicious and sacred ritual can be sanctified in any Hindu family, this day onwards. Scientifically, this day marks the beginning of warmer and longer days compared to the nights. In other words, Sankranti marks the termination of winter season and beginning of a new harvest or spring season. 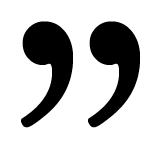 All over the country, Makar Sankranti is observed with great fanfare. However, it is celebrated with distinct names and rituals in different parts of the country. In the states of northern and western India, the festival is celebrated as the Sankranti day with special zeal and fervor. The importance of this day has been signified in the ancient epics like Mahabharata also. So, apart from socio-geographical importance, this day also holds a historical and religious significance. As, it is the festival of Sun God and he is regarded as the symbol divinity and wisdom, the festival also holds an eternal meaning to it.

Thanks for stopping by!! I am honored you are here :)

Life Begins
Amsterdam, Netherlands
"I am enough of an artist to draw freely upon my imagination." ~ Albert Einstein

Life in words - My Tumblr of poetry

I have been writing about...

This work is licensed under a Creative Commons Attribution-NonCommercial-NoDerivs 2.5 India License.